If you need to write an argumentative essay, it can be helpful to have a list of the top 10 argumentative essay topics to draw on. Essentially, the more controversial the topic, the more it'll pop, and the easier it will be to take a strong stand for or against. Hot argument topics will leave people with a new opinion, a new perspective, or even a sour taste in their mouths.

Below, you'll find a current list of the top 10 argumentative essay topics, as well as a few further suggestions that are a little less divisive but still easily debatable. At least one of these is sure to stir up a proverbial fire. Remember, you don't have to agree with the position you take to craft a winning argument, but you do have to make solid, logical arguments backed up by credible sources.

1. Abortion - Should Abortion Be Banned?

There's no cap on how much controversy the simple word "abortion" sparks. Ever since the Roe vs. Wade decision, the notion of abortion has spawned riots, picketing and, of course, violence. Pro-Lifers and Pro-Choicers often collide in a venomous war of words that often lead to violence.

The subject has become more heated since, in 2019, the state of Georgia passed a law banning abortions on any fetus that has a detectable heartbeat. That means any woman approximately six weeks pregnant or more can no longer abort the life growing inside her.

2. Animal Rights and Experimentation - Do We Have an Obligation to Protect Our Four-Legged Friends?

There's one acronym that reigns supreme when it comes to the rights of animals: PETA. People for the Ethical Treatment of Animals, is a group that sparks controversy wherever their representatives are. Whether it's dumping red paint on women who wear furs or picketing on the steps of Congress, PETA activists put themselves at the forefront of controversy. Animal rights and experimentation is one topic that will always ignite raw feelings and a heated debate.

3. #MeToo Movement - Is It Long Overdue or a Tool of Deception?

The MeToo movement was founded in 2006 to help survivors of sexual violence. Encouraging abuse victims to talk about it has, in recent years, led to unearthing men who abuse their positions of power to get women to do what they want. Women, and men, now feel safer blowing the whistle on those who make inappropriate advances in the workplace and beyond.

However, as with any major shift in society, there are detriments to this "calling out." Some feel women are using it as a lever to make false accusations. Still, others are trying to minimize the distress women have endured. It could make for an interesting debate, no matter which way you argue it.

4. Harmful Chemicals and Cancer - Are Manufacturers Killing Us?

Is there really much left to say on the cancer debate topic? Absolutely. In fact, we're learning more and more about the aftershocks of the harmful chemicals we put in our bodies. Writing an argumentative essay on cancer and the possible cancer-causing agents in everyday items such as soaps, laundry detergents, and deodorants will undoubtedly create a bit of a stir.

America is the land of the free and the home of the brave. Yet, there have been increasing efforts to prevent illegal immigrant entry through closing down the borders of the country.

This will always be a hot topic of conversation, argument, and debate because it seeks to answer "what is an American?," since this is a country of blended cultures. This is a timely issue with the current administration's supporters fully behind building the wall.

Allow these Argumentative Essay Writing Tips to help you pull all your thoughts together into one, cohesive presentation.

6. Fake News - Who Is the Biggest Proponent of False Truths?

The term "fake news" has gained a lot of traction in recent years. President Trump calls news outlets like CNN and The New York Times "dishonest" and it would appear they rarely have a congratulatory word for the 45th president. Meanwhile, many call conservative outlets like Fox News state propaganda. So, who's the proponent of fake news? This is a hot button topic that will spark debate with nearly everyone who comes across your essay.

For more on this, take a deeper dive into What Is Fake News? There, we define it, discuss its impact, and review several examples in the media today.

7. Pharmaceutical Industry - Does "Big Pharma" Have Our Best Interests at Heart?

Never have two words sparked such explosive debates coast-to-coast and around the world. The pharmaceutical industry is often accused of making us sicker, not healthier. Do prescription drugs really cause more harm than good?

One of the most serious claims is the notion that a cure for cancer exists but "big pharma" makes more money off chemotherapy, radiation, and other cancer treatments to release a cure for the ghastly disease.

8. Death Penalty - What's the Most Just Course of Action?

With so many people on death row, people have a lot to say about how the US handles convicted criminals who are sentenced to death. Should they sit in a cell for the rest of their lives on the taxpayers' dollars? Or, should they be put to death and removed from society altogether? Is there no room for repentance or change? And, furthermore, what happens if the convict who is falsely imprisoned?

Barbara Streisand once cloned one of her dogs so she never has to (fully) be without it. Are humans next? This topic will almost always get a rise out of people. It forces us to contemplate the notion that man can take on a role that's meant for God.

There's no silver lining to this topic. Like slavery, human trafficking should no longer exist, but it does. Should laws be stricter? How should human traffickers be punished? Does this put the death penalty back on the table? In the world of "hot topics," this one certainly qualifies.

Once an idea starts to take shape in your head, it's time to formulate your Argumentative Essay Outline using the enclosed sample as a template for your inarguable stance.

If our top 10 topics are a little too controversial, there are plenty of other topics that will allow you to take a side without being offending anyone. To produce a compelling argumentative essay you should be comfortable with, and interested in, the topic:

Politics has always produced debates amongst even the most loving of friends and family. This is an interesting time in politics. Look around the world right now and you'll see political divisions deepening and ideologies we thought gone bubbling back up. Here are some interesting topics for exploration:

Many of us live according to our own moral code. Whether it's based on religion, philosophy, or individual interests, we all have a code of sorts. Consider what you might want to argue, from this list or your own personal experience with life:

We hope these argumentative essay topic ideas have provided the inspiration you need. Argumentative essays are so much fun because you not only have to take a firm stance but also rebut the opposing viewpoint. Addressing a potential rebuttal from the opposition will make your argument stronger. It demonstrates you're not blind to the issue and are prepared to stand strong.

The closest kin to the argumentative essay is the persuasive essay. If you're assigned such a task, take a look at Persuasive Essay Writing Made Easy. It'll walk you through each and every step to success. 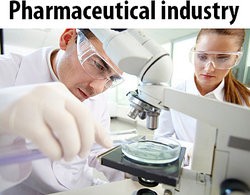 Scientists In The Pharmaceutical Industry As Top 10 Argumentative Essay Topics