Writers who use unbiased language write in ways that are free from gender and group stereotypes, including race, age, ethnicity, ability level, socioeconomic status, or sexual orientation. By using unbiased language, writers can avoid using offensive language and include all readers. This type of writing is appropriate for many situations, especially in formal writing such as academic and journalistic. Writers must recognize where they are most likely to encounter problems of biased language in their writing and learn to remove these biases. 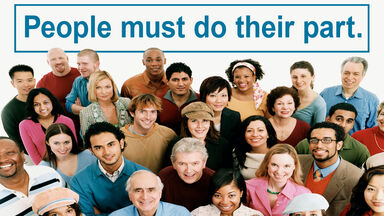 How to Create Unbiased Language

Examples of Biased and Unbiased Language

You can avoid using biased language for groups of people in your writing by reviewing examples of common biased words or terms. Learn how to turn these words into unbiased words for more inclusive writing.

English speakers use gender-specific pronouns to explain the gender of the person in question, as compared to other languages that use suffixes. The singular gender pronouns: he, she, him or her, are used in speaking and writing. In the past, the male pronouns, the phrase “he or she,” and the notation “s/he” were used to denote both male and female if the sentence used a singular construction.

Instead of favoring one gender or implying there are only two genders, many writers will use gender-neutral pronouns such as they or their. Using singular they/them pronouns used to be grammatically incorrect, but it’s more acceptable in modern times.

To avoid gender-specific pronouns and pronoun errors, try to change your sentences so they use plural nouns with gender-neutral plural pronouns.

Singular gendered construction is no longer acceptable because it infringes on another issue of biased language called sexist terminology. Sexist language is not confined to pronouns though. Another way to avoid gender roles and assumptions and use unbiased language is to use gender-neutral endings on certain nouns. Job titles can carry a masculine construction that is now considered sexist and offensive.

The following examples show how sexist language can be changed to unbiased language:

Using unbiased language also means not assuming gender bias in roles that used to be predominantly male or female. For example, many people might assume that doctors or engineers are male because these occupations have traditionally been male dominated. Similarly, some would automatically expect a nurse or teacher to be a woman.

A person should not be identified by their disability, but the disability can be shared if it’s relevant. Terminology related to disabilities and medical conditions is constantly changing, so be aware of what’s appropriate at the time you are writing. Writers should use people-first language that states that a person has a disability rather than saying the person is the disability.

Take care to avoid trendy terms such as “handicapable” or “differently abled” as they may go out of style. The other side of addressing disability biases involves avoiding the use of terms like “able-bodied.”

When talking about age, be as specific as possible with age ranges to avoid grouping large populations together. Writers should also be careful about using terms such as “seniors,” “senior citizens” or “elderly” to describe older adults as these can be viewed as offensive. This also applies to generational group terms such as “boomers” or “millennials.” Use actual ages or years when necessary and possible.

The most important thing to remember when writing about race and ethnicity is to not assume that white is the default category. For ethnicity, writers must know what terms are appropriate and what terms are insulting. For instance, Asian is appropriate but Oriental would be considered insulting.

Only use references to specific races or ethnicities when it is relevant and be sure you use the best term to specifically describe that group. If you are referring to an individual, use their name. Keep in mind that terms like Black and Hispanic are capitalized in this usage.

One bias that’s often overlooked is socioeconomic status. When talking about income levels, use specific numbers and number ranges when possible. Avoid labels like “low income” or “the one percent” that group people of similar income levels in stereotypical ways.

For sexual preference, terms have been created to be specific and denote important distinctions rather than grouping people together. However, knowing which terms are currently in favor compared with those that have gone out of favor will require the writer to do some research. Explore gay and LGBTQ terms to better understand which terms are acceptable and which are offensive.

The Challenge of Unbiased Language

Writing using unbiased language is challenging because it requires an understanding of what constitutes biased language in the first place. Understanding how to use gender-neutral language, terminology that isn’t sexist, and terms that aren’t offensive for identifying groups of people will be a good place to begin. Explore some examples of stereotypes to start evaluating your own writing.