Onto or On to: An Everyday Guide to Differences and Use

While “onto” and “on to” may seem virtually the same, you can save yourself an embarrassing grammar mistake by knowing the differences between them. Learn when to use “onto” vs. “on to” with these helpful guidelines and a fun trick to help you decide which is right. 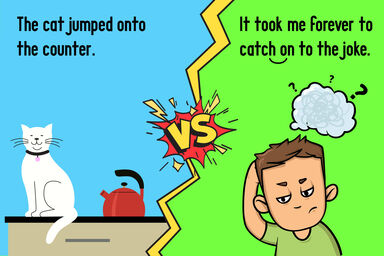 On vs Onto comparison
Advertisement

Three Ways to Use “Onto” Correctly

“Onto” is a preposition, but it isn’t an ordinary preposition. It has some very specific rules for usage.

When you use the word “onto,” it often means something has moved, is moving, or will move to a position on another surface or object. Think “upon” or “on top of.” These examples of “onto” will help:

“Onto” Can Show Understanding

Another, less common, way to use “onto” is to show understanding of a concept or awareness of a situation. In this case, it means someone is fully informed about something else, as you can see in these example sentences:

“Onto” Can Indicate Transition or Continuation

Even less commonly, “onto” can indicate a transition or continuation from one activity to another. You’ve probably used it this way in speech, but you don’t often see it in writing. However, it can come in handy when you’re writing dialogue or using a conversational tone. These examples can help you understand how to use it this way:

When to Use “On To” Instead

If you’re wondering when to use “on to” instead of “onto,” there’s a very specific scenario that requires the space between the two words. In the case of “on to,” the word “on” is actually part of the verb. This is called a phrasal verb, since it involves more than one word.

The space between the “on” and the “to” helps separate them, since they really don’t go together at all. These examples will help you understand:

A Helpful Hack for “Onto” and “On To”

Like so many aspects of the English language, there’s a helpful cheat or grammar hack for figuring out whether you should use “onto” or “on to.” It only works for “onto” involving movement, but that covers the most common situations you’ll encounter.

Add the word “up” before the “onto.” When it works, you’ll know that “onto” is correct. When it doesn’t, you’ll know you should consider using two words. You’ll see it in action in these examples:

Is Usage the Same for British English?

While there are often subtle differences between American and British English, the rule is the same for “onto” vs. “on to.” The only distinction is that British English may have some different verbal phrases involving “on.”

For example, a British colloquial phrase for being friends with someone is to “get on” with them. This means you could encounter a use of “on to” like this: “We need to get on to get things done.”

Clear Up the Confusion

While you can speak correctly without ever having to consider whether you are using “onto” or “on to,” you’ll need to know the difference when you’re writing. Like “affect” vs. “effect”, the words sound the same and only have subtle spelling differences. It pays to take the time to learn these common grammar mistakes so you can write clearly and confidently.