How to Identify the Difference Between a Phrase and a Clause 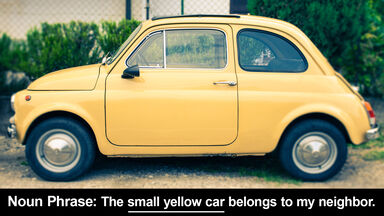 The Main Difference Between Phrases and Clauses

Phrases and clauses are both groups of two or more words that convey ideas. However, there is an easy way to tell if you’re using a phrase or a clause. The main difference is that clauses have both a subject and a predicate; phrases do not.

Phrases are part of clauses. They add meaning to sentences, but the sentence can exist without a phrase. Removing an entire clause from a sentence may affect understanding.

Phrases include details that make a sentence more interesting. They can clarify location, describe an action, and make a noun easier to picture. There are eight main types of phrases that add variety to the average sentence.

A noun phrase, also known as a nominal, functions as a noun in a sentence. It includes a noun and its modifiers, which describe more about the noun. You can use adjective phrases to further describe a noun.

Examples of noun phrases include:

Like noun phrases, verb phrases contain a verb and its modifiers. They can also include helping or linking verbs. Adverb phrases often appear within verb phrases.

Here are some examples of verb phrases:

A gerund is an -ing verb used as a noun. When you use a gerund phrase, you’re basically using a noun phrase with a gerund instead of a noun. For example:

Infinitives are verbs that begin with the linking verb to. You can start a sentence with an infinitive phrase, or you can use it in the sentence predicate. Infinitive phrases function as nouns or adjectives in a sentence, depending on how they are used.

Examples of infinitive phrases include:

Participles are similar to gerunds in that they use verbs in a different way. Participial phrases typically begin with a participle (verb used as an adjective) and the modifiers that follow. Like adjectives, they modify nouns.

It’s easy to mistake absolute phrases as clauses. Even though they appear to contain both a noun and a verb, the verb is functioning as a participle, not an action word. Some examples of absolute phrases include:

Need more help with any of these phrases? You can read more examples of phrases here.

Clauses are the backbone of a sentence. They contain the subject and predicate that make a sentence complete. While some clauses can’t stand alone as their own sentences, they must have a subject and verb to be classified as a clause.

Examples of these dependent clauses include:

Understanding the difference between clauses and phrases is the first step to varying your sentence styles. To learn more about sentence types, read an article on compound sentences or complex sentences. Once you’re ready to move on, try out these examples of compound-complex sentences!