Whether you’re trying to get a sense of current guidelines or reading a history book, it helps to understand quarantine vs. isolation. How are these terms different? How do they compare to social distancing? Learning the differences and similarities will help. 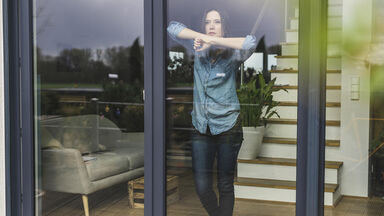 Before you can understand how these terms are related, it’s essential to understand their meaning.

Quarantine can be either a noun or a verb. Both can apply to humans or animals, and both usually involve the spread of disease.

Isolation is a noun. It means being isolated, by choice or otherwise. In isolation, someone or something is left on its own with no or minimal contact with others.

For example, "The isolation is taking its toll on my mental health."

What Is Social Distancing?

Social distancing is also a noun. It refers to the practice of maintaining physical distance from others in a society to slow the spread of a contagious illness. This can involve keeping a physical space, such as six feet, between members of a community. Sometimes, this means closing public spaces, social institutions, and schools. It can also involve choosing to stay at home.

For example, "Experts recommend social distancing to slow the number of new cases."

All three terms refer to efforts to reduce the spread of infectious diseases like influenza, coronavirus, measles, and others. Both quarantine and social distancing are related to the concept of isolation. Here’s how:

In reading about an epidemic or pandemic, you may hear these terms used in different ways. Being familiar with their specific differences is important in understanding what is happening or has happened in the past.

One of the biggest differences in these terms is the role of choice. Does the person or animal have input?

Where Is the Threat of Infection?

Who Is Being Protected?

The individual or group being protected can also vary, depending on which term you are using.

How Many People Are Affected?

The number of people directly affected also varies, depending on whether you are talking about quarantine, isolation, or social distancing.

If you need to see the differences between quarantine vs. isolation vs. social distancing at a glance, this quick reference guide can help.

Better Understanding of This Social Issue

The spread of illness is an important social issue that affects everyone in the world. Understanding the terminology around it can help you write more effectively and better understand what you read.