30 Unique Foods That Start With U

Looking for some unique new dishes to try? While people don’t usually select food items by letter of the alphabet, committing to sampling some of the interesting foods that start with “u” is a good way to get more adventurous when it comes to your culinary choices. This is a particularly good strategy if you’re looking to expand your knowledge of international cuisine. 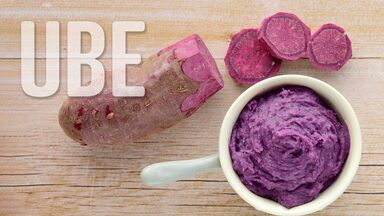 Main and Side Dishes Starting With U

From meat and potatoes to seafood or vegetarian options, you may be surprised by some of the many different and unusual food dishes that start with “u.”

Breads, Soups, Stews and Seasonings That Start With U

Whether served alongside other items or as a meal unto themselves, there are a number of soups and stews that begin with the letter “u,” as well as some breads and seasonings.

Appetizers, Desserts and Snacks Starting With U

There are some interesting meal starters, endings and between-meal snacks that start with the letter “u.”

Interesting Foods to Taste and Describe

This word list should provide you with some interesting options to consider when you’re looking to expand your culinary horizons. Now that you have inspiration for some unique “u” dishes to try, start getting ready to explain the experience to others by mastering some descriptive words for food. Head back to the start of the alphabet and discover amazing foods that start with "a." Or, if you're more interested in finding more terms that begin with the letter "u," there are plenty of other words to consider. Up your vocabulary of words that start with "u" on WordFinder by YourDictionary.