37 Foods That Start With Y From Different Cultures 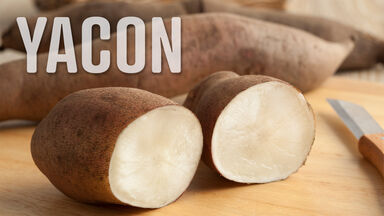 Vegetables and Fruits That Start With Y

Are you looking to expand your palate by exploring all the unique foods of the alphabet? Well, you’ve nearly made it to the end. When it comes to food that starts with "y," you can find them all over the globe. Start your food exploration with fruit that starts with "y."

Foods That Start With Y

While fruits and veggies that begin with "y" are a large group, you can find other foods and dishes out there that begin with the letter. Explore some unique "y" foods you can add to your diet.

Exploring foods from around the world can be fun and educational, as can exploring words that begin with different letters. Now that you know a yummy list of "y" foods, you might give foods that start with "z" a try. You never know what you’ll learn about ziti and zucchini. Or, head over to WordFinder by YourDictionary where you can find an extensive list of other words that start with "y."