English Words that End with a Silent E 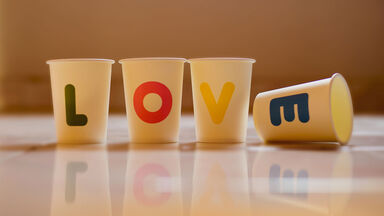 Words have a silent “e” for several reasons. In most cases, the silent “e” changes the first vowel sound of the word. Take a look at these silent “e” words to see how their pronunciation changes when you take off that final “e.” You can also download and print the PDF below to keep the lists on hand.

The silent “e” is powerful enough to turn do into doe, and at into ate. See how many more three-letter words need a silent “e” to ensure that they are pronounced correctly.

There are many four-letter words that end in a silent “e.” Most of them are CVC words (consonant-vowel-consonant) that, when combined with a silent “e,” become different words with different pronunciations. This list of four-letter silent “e” words are common in the English language.

The list of five-letter words is almost as long as the four-letter words. Many of these words include consonant blends, such as angle and spoke, and vowel teams such as biome and cause.

Once you start looking for silent “e” words, you’ll find them everywhere! These longer words all have a silent “e” that changes the way you’d pronounce them.

How the Silent E Works

Now that you have reviewed a number of the words in the English language ending with the silent "e," let’s review the letter’s purpose. The silent “e” might not make a sound, but it does serve specific purposes. A silent “e” at the end of a word changes its pronunciation in the following ways.

However, there are a few instances where a silent “e” doesn’t affect the way you say a word at all. If you’ve ever been confused about a mystery “e” at the end of the word, it may have fallen into these situations.

Once you understand the rules of using a silent “e,” you can pronounce hundreds of words correctly. However, it’s just one trick of many in the English language that can help you with proper pronunciation. Explore more silent letter words like words with a silent "t." Then, take a look at 100 commonly mispronounced words to clarify word pronunciation and spelling.