All English words come from somewhere. While lots of words find their roots in German or French, you can also find Norse words used in English. Explore several lists of viking words and their meanings. 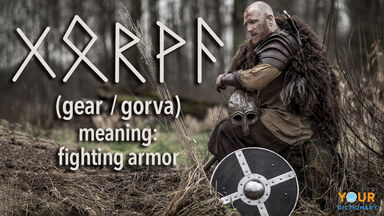 Viking Words for Objects and Animals

Interested in finding out a few English words for objects that came from the Viking language? Look no further than this list of animals and objects that find their roots in the Norse language.

Viking Words for Warriors and War

Vikings were fierce warriors. And they didn’t have a lack of words you would use for warriors or wars. Explore this list of interesting words related to war with Viking beginnings.

Many times you don’t think about the etymology of words. However, many different words in the English language can find their roots in other languages. Ready to explore more language fun? Keep your search of languages going by looking at a list of Norwegian words.