Foods That Start With D

There are foods that start with “d” in just about every category of cuisine. Whether you’re interested in main dishes, side dishes, desserts, or any other type of food, there are plenty of options to consider. 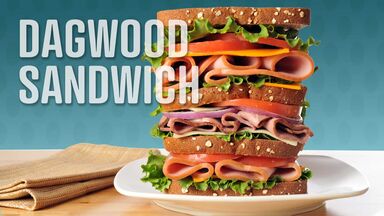 Meats and Main Courses That Start With D

From basic meats that can be baked, broiled or fried to fancy dishes that include a wide variety of ingredients, there are quite a few entree items that begin with the letter “d.”

Side Dishes, Soups and Appetizers Starting With D

The names of numerous side dishes, soups, and appetizers start with the letter “d.”

Fruits and Vegetables That Start With D

Quite a few fruits and vegetables have names that begin with the letter “d.”

From super-hot peppers to fragrant spices, herbs and toppings, there are a number of delicious condiments, spices and flavor enhancements that begin with “d.”

Sweet Treats That Begin With a D

Looking for some “d” foods to feed your sweet tooth? No word list focused on food would be complete without a selection of sweet treats. Several types of candy, cookies, cakes, and pastries begin with the letter “d.”

There are quite a few words that start with "d," so it makes sense that the names of so many food items begin with this letter. With so many great “d” foods out there, it may take quite a while to try them all. In the meantime, get some ideas on how to explain what they taste like by learning some new descriptive words for food. Or, if you’re ready to find some more interesting culinary items, move on to investigating foods that begin with “e.”