Most government accounting terms are a bit more obscure than people tend to use in their day-to-day life. Chances are, if you've had to discuss taxes or another financial matter with a government accountant, by the time the conversation was over you were left feeling like your head was spinning trying to grasp exactly what the accountant was talking about. 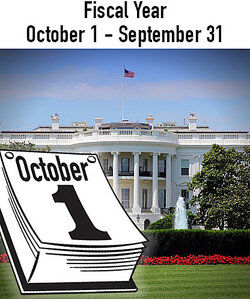 Below is a brief explanation of some of the most commonly used government accounting terms.

Most of the time when people consider a year's time, they automatically think of January 1st to December 31st. However, if you've heard the term "fiscal year" in a budget plan during a budget meeting, this accounting term refers to the 1 year period designated by the government to be their full budget year. The federal government operates on a fiscal year that begins October 1st and ends on September 31st. Most state and local governments operate on a fiscal year basis beginning on July 1st and ending on June 30th, but this is not a mandated time frame.

Salary payments for public employees typically come from the general fund, as this fund usually covers all of the financial resources that are not itemized on separate accounts.

This is the term used by government accounting systems to describe the amount of monies available for all of the jurisdiction's functions. In major government systems, this will also include any taxes and/or user fees the government may incorporate as a means of funding certain programs or facilities.

In cases of major local government systems, expenditures will generally include government employee salaries or pay wages, any cost for maintenance of equipment used in provided services, and any rent or lease costs for any facilities the government does not readily own.

Earmarking typically means to designate in the law a specific amount of money which will be used for a specific purpose.

A shortfall occurs when a government's expenditures are greater than the jurisdiction's revenues for that particular fiscal year. In most cases if a shortfall occurs, the difference is generally made up out of the available fund balance, or the unreserved fund balance.

When a government proceeds to transfer funds from one entity to another within that same jurisdiction, this is referred to as an interfund transfer. This is a common occurrence, as larger local government systems often need to move money from one funding system to another. Thus, this process may deplete a balance for general funds, while increasing the balance of a different government function.

So, from now on when you are attending a local government budget meeting and begin hearing these accounting terms being repeated through the conversation, you should have a much better grasp on what exactly is being said, and where your tax money is being allocated.