A full list of English words of foreign origin would be quite lengthy, since English borrows from many languages. However, there are a number of notable and interesting English words that have their roots in languages from all over the world. 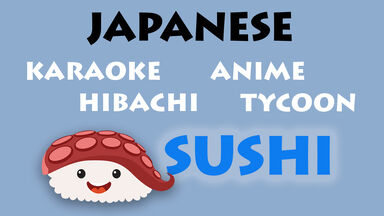 This list of English words of foreign origin includes some notable surprises from a number of languages.

More English Words From Other Languages

Each language has made its contribution to English in the form of unique words. Here are a few languages that stand out for their influence on English.

Although Latin is a dead language, there are many English words with Latin roots. These include Latin-based adjectives, phrases and others.

Italian, which as a Romance language takes its roots in Latin, has also made some direct contributions to English.

Many English words come from Spanish as well. Here are some examples.

Several Yiddish words have made their way into the English language. These are a few of them.

English has very strong German roots. There are thousands of English words of German origin, but these are a few notable ones.

You might be surprised to learn that a list of words with foreign origin includes several Hindi or Urdu words. These are a few notable ones.

Some very common English words actually come from Japan. These are a few you may know.

Any foreign words in English list includes a number of Russian words. Although Russian and English are very different languages, several Russian words have made their way into common English usage.

Other Interesting Words in English

There are many interesting or unusual words in the English language. There are also some unique ways of looking at them.

English Borrows From Other Languages and Itself