Are you looking for a list of English words of German origin? If so, you have come to the right place. Some of the words are very Americanized, and you would never be able to tell where they came from. However, a number of them retain hints of their "German-ness." Even if you have never realized it before, once you take another look at these German words in English, you will most likely see their heritage shining through! 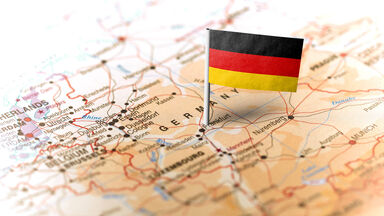 Explore this “a” to “f” list of English words of German origin. Along with each word, you’ll find a definition indicating how the term is used in English.

Browse this “g” to “m” list of English words from German, along with the definition of each term.

Peruse this “n” to “z” list of German words used in English, along with a simple definition of each word.

Now that you’re aware of some of the many English words originating from the German language, including basic everyday selections and some more advanced terms, it’s only natural to wonder what other words used in English are actually based on another language. Expand your language horizons by exploring more English words of foreign origin. Get started by discovering which English words originate from Spain. Exploring word origins will boost your knowledge of etymology.