Are you looking for a list of English words of Japanese origin? Discover 40 examples of words frequently used in the English language that can be traced to the Japanese language along with some interesting facts about the country of Japan. 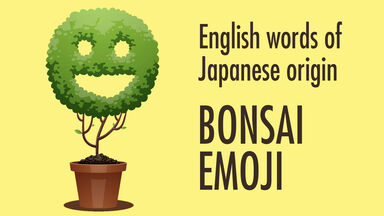 The Country of Japan

Now that you have a list of English words of Japanese origin, you might enjoy discovering some interesting facts about Japan.

If reviewing this list of English words from Japanese has captured your attention, take the time to learn more about the language. Start by discovering 40 powerfully beautiful Japanese words. Then, discover some of the coolest Japanese words. If you’re interested in a variety of languages rather than just Japanese, explore how to say I love you in many languages.