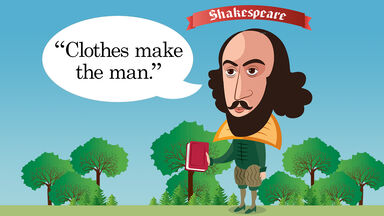 Here are some words we still commonly use that first appeared in Shakespeare's plays, along with the meaning and an example sentence:

Shakespeare didn't just increase the number of new words in the dictionary, he also coined some colloquial phrases. Many of these famous quotes are sure to be familiar.

If you want to learn more about Shakespeare, here are some great resources:

While Shakespeare might not have been the creator of all the different words he's credited with, he was the first one to write them down and made them stick in our everyday language.

You can learn even more about Shakespearean words by trying a Shakespeare translator. You can also peruse his biography. When it comes to Shakespeare, you can’t have “too much of a good thing.”