15 Longest Words in the English Language

Have you ever wondered what the longest word in the English language is? Well, you're not the only one who's ever been curious. There are lots of people who love fun facts and the longest words are one of them. Many of these words have the simplest meanings. Ironically, that may mean the bigger the word, the smaller the definition. Let's take a look at some of the longest English words. 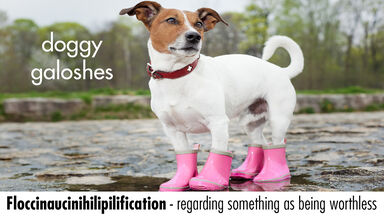 Exploring the Longest Words In English

Many of the longest words in English are coined, constructed, or technical terms.

Are you ready? Let's explore 15 of the longest words or most unique words!

This word is made up of 52 letters. Certainly, it's the longest word on this list but you won't find it in major dictionaries. It's a pretty specialized term that describes the spa waters in Bath, England. This word is constructed by joining seven different elements together to make one big word.

Now, this word stands as the longest English word in major dictionaries. It clocks in with 45 letters. Pneumonoultramicroscopicsilicovolcanoconiosis is both coined and technical. However, Oxford Dictionary also notes it is factitious. It's a lung disease caused by inhaling silica dust. The word and disease are usually cut short in the form of silicosis, which may be more recognizable than its 45-letter counterpart.

Coming in at a monstrous 36 letters, this is a big word that you don’t see very often. The word is composed of four different parts which only adds to the terror that people with the phobia have. When broken down, people with hippopotomonstrosesquippedaliophobia are terrified of long words. Now, isn’t that ironic.

Ready for it? This 30-letter word simply means "pertaining to really long words." How ironic! Hippopotomonstrosesquipedalian is an adjective and an extension of the word "sesquipedalian," using a modified form of the Latin word "monstrum."

This word can be found in major dictionaries, and it contains 30 letters. It's the longest non-coined word in the English language. The definition of pseudopseudohypoparathyroidism is an inherited disorder where the person has symptoms similar to pseudohypoparathyroidism, or a resistance to a certain hormone.

This word is made up of 29 letters and is a coined word. Floccinaucinihilipilification is a noun that means you regard something as unimportant. This word is touted as the longest non-technical word in the English language.

Now this isn’t a word that you’d want to try to say five times fast. With a monstrous 28 letters making up this technical term, it’s an adverb that can be used to show you measured the amount of light given off with an instrument called a spectrophotofluorometer (SPF).

Here's another 28-letter word. It can claim to be the longest non-technical and non-coined word in English. Antidisestablishmentarianism is a political philosophy opposed to the separation of church and state.

Coined in the 1970s, the 27-letter technical term, psychoneuroendocrinological, is the psychological study of the relationship that exists between behavior and hormones in humans. It is used as an adjective in a sentence.

This word doesn't sound too far-fetched, does it? You might even be able to sneak it into your everyday language. Incomprehensibilities features 21 letters and refers to things that are - you guessed it - incomprehensible, or incapable of being understood. You could also sneak "unimaginatively" into a conversation or two. That's a winner with 15 letters that alternates between vowels and consonants.

Sure, this one doesn't even come close to pneumonoultramicroscopicsilicovolcanoconiosis. It clocks in at a much more reasonable nine letters. However, strengths deserves to be on the list of longest words because it nearly manages to be made up of only consonants. Eight out of the nine letters are consonants, with just the vowel E sneaking into the middle.

What in the world? That seems more like a string of vowels than an actual word. Indeed, euouae is a musical term that was once used during medieval times. However, you're looking at a proud member of the Guinness Book of World Records. Euouae is the longest word composed of vowels alone.

Spelling and pronunciation don't come easily with these extra long words. Wouldn't it be great if you could slip unimaginable incomprehensibilities into your next bit of writing? That would be a showstopper alright. Sadly, unless your story is based in Bath, England, it would be tough to use aequeosalinocalcalino-ceraceoaluminosocupreovitriolic in your work.

You could follow James Joyce’s lead and coin your own long words, like bababadalgharaghtakammin-arronnkonnbronntonnerronntuonnthunntrovarrhounawnskawntoohoohoordenenthurnuk. His groundbreaking book Finnegans Wake includes 10 of these “thunderwords,” nine of 100 letters and one of 101 letters!

Things can get interesting any time a writer's vocabulary is top-notch, invented or not. Why not explore our list of nouns that start with J? Or, perhaps you'll ramble through some verbs that start with R. Of course, reading is the best way to promote a healthy vocabulary. But, in the meantime, you could create a master vocabulary list for the ages.