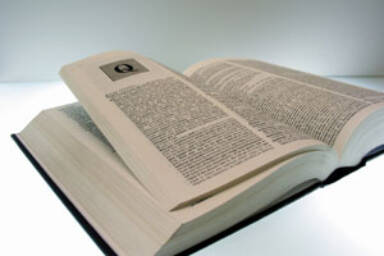 Q is the seventeenth letter of the alphabet, and not an easy letter to use in any word. In English, the letter Q is most often followed by the letter U, to make the sound “kew.” Although some words do contain Q without the U, they are rare.

The symbol for the letter Q made its way into English from the ancient Egyptians and Phoenicians. It traveled the world, sneaking into English through the Greek alphabet. It finally settled into the language, albeit awkwardly, during the Middle Ages.

Q has never received a warm reception from any populace, but the Danes so loathed the use of the letter that they abolished use of the letter Q in 1872. Some words remain in the Danish language that contain the letter Q, but they are used to denote archaic meanings or old-fashioned sense. Various Romance languages, including Italian and French, do use the letter Q, either by itself or in combination with the letter U.

About Words that End with the Letter Q

Most words that end with the letter Q are borrowed into English from other languages. Many words from the Inuit (formerly called Eskimo) language end with Q. Scrabble players take note, for one particular example includes not just a word that ends with the letter Q, but a word that both begins and ends with Q. The word Qallunaq in the Canadian Oxford English Dictionary is defined as ‘a person not of Inuit descent, a white person’. Another word from the Inuit language that ends in Q is umiaq, a type of boat made by stretching animal skins over a wooden frame. If you’re feeling Canadian now with all these wonderful Inuit words, then add a third word ending in Q to your vocabularly: Auyuittuq National Park.

The Arabic language also provides more examples of words that end in the letter Q. The suq, also spelled souk, is an Arabic word for a marketplace. And finally there’s talaq, a type of divorce under Islamic law. Place names in Africa and the Middle East ending in Q include the country of Iraq, as well as Halq al-Wadi in Tunisia, often shortened to simply Halq.

Hebrew provides us with one word that ends with the letter Q. A tsaddiq or tzaddiq is a Hebrew spiritual leader. In the Bible, the term is used to denote a just or holy man. The term also means someone who embodies the ultimate ideals of Judaism.

Finally, some words are shorter forms of longer words, yet not exactly slang. Tranq, short for a tranquilizer, is one such word. The shortened form of the word requisition is req, and other words that contain Q are shortened right after the hard Q sound, to form an abbreviation ending with the letter Q.

If you need a word that ends with Q and is an acronym, FAQ (Frequently Asked Questions) should do the trick. Other acronyms ending with the letter Q include BBQ, short for barbecue.

Other words that end with the letter Q include:

Now you can dazzle your friends and beat your Scrabble opponents using these words ending with the letter Q.