Other Words for Snow: From Common to Creative

Sometimes when you’re describing frozen precipitation, the word snow is sufficient. Other times, though, using one of the other words for snow might help you convey your meaning more effectively. Discover words and phrases for different types of snow and ways it accumulates along with terminology for weather events that involve snow. Just for fun, learn how to say snow in other languages too. 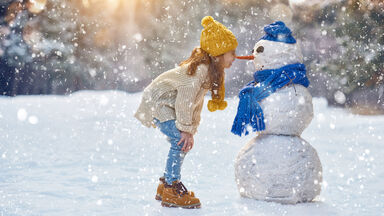 words for snow is snowflake
Advertisement

Words and Phrases for Different Types of Snow

There are actually several types of snow. If you’re looking to describe snow very precisely, one of these terms might be exactly what you need.

The word accumulation can be a good term to describe snow that has collected on the ground, but snow actually accumulates in many ways. Improve clarity by choosing a more specific word or phrase.

Simply saying that it’s snowing lets people know that snow is falling from the sky, but that’s the extent of the meaning conveyed. When discussing snowy weather and conditions, consider opting for more precise terminology.

Of course, not every word for snow is a technical term. If you’re looking for some more creative words for snow, consider these options.

Words for Snow in Other Languages

Of course, each language has its own word for snow. Discover how to say snow in a variety of languages. The phonetic pronunciation is listed in parentheses after each word.

Many Ways to Say Snow

With so many ways to say snow and precisely describe it, you don’t have to stick with the most common option. Whether you stick with the word snow itself or use a more descriptive or creative term, you’re sure to find perfect wording to meet your needs. Now that you are aware of some other words for snow, consider expanding your weather-related vocabulary even more. Start by exploring some fun winter words.