The letter Q is not a frequently used letter in the English language. Finding words ending in Q alone is especially rare. The letter Q is frequently followed by the letter U, for the resulting sound of "cue" when pronounced. When Q does end a word, it is often because the word is not of English origin, it is an abbreviation, it is a proper place, or it is a person's name. 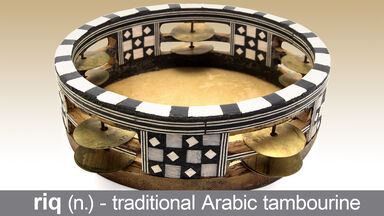 Longer words ending in Q aren’t really much easier to find than short ones. The names of famous people and places might end in Q.

Many words ending in Q are abbreviations. While you can’t use these types of words in word games, you could use them for other purposes.

Competitive Scrabble players know that the letter Q is one of the least used letters in the English language. Along with the letter Z, it is awarded 10 points. While many players may hold onto the letter Q in hopes of drawing a U, it is good to learn some words that end in Q in order to continue playing without a U.

Because words such as tsaddiq and suq have updated spellings, it is important to use a Scrabble dictionary to check any words that end in the letter Q.

To find words that end in Q, you can use online tools or dictionaries for languages known for ending words with Q like Inuit and Arabic.

To further explore words that end with the letter Q, you can use YourDictionary's search feature. Type in either a "?" symbol or an "*" followed by the letter Q. This will result in pulling up words that have at least one letter before Q in those words. Of the results, 29 end in the letter Q (not counting the entries for the letter itself).

You can use WordFinder’s search function to find words that end in Q by typing in question marks before the letter Q. If you need a four-letter word, you’d type three question marks then the Q.

There aren’t many words in the English language that end with the letter Q. Some of these words may beobsolete, or rarely used in any language. If you can use words with a Q near the end, you might explore words with Q not followed by U or words ending in -que, -qu, -qe, -qa, -qi, or -qs. If you’re not locked into the ending position, check out adjectives that start with Q, great nouns that start with Q, and verbs that start with Q.