50 Interesting Character Flaws to Spice Up Your Writing

When you’re writing a character, it’s tempting to make them strong, brave, funny, and good looking. But flawed characters, or characters with faults or weaknesses, are actually more compelling than perfect ones! If you’re having trouble thinking of ways to make your characters flawed, check out this list of character flaws that can work for almost any story. 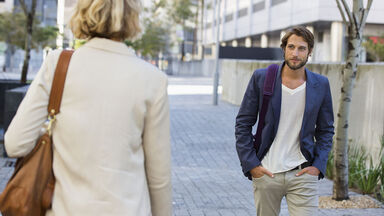 Characters need somewhere to go in their story. Without flaws, a character has no reason to develop or move the plot along. These flaws can be the result of their backstory or consequences from earlier events in the story. Spice up your writing with these ideas to challenge your characters and excite your readers!

Characters with minor flaws are more interesting than bland characters. Think of Indiana Jones from Raiders of the Lost Ark (1981) and his fear of snakes. It’s humorous that such a brave adventurer is afraid of slithering reptiles, but it doesn’t impact his ability to do his job.

Consider giving your character some of these character flaws to create reader interest:

Remember that characters don’t necessarily need to overcome minor flaws over the course of a story. They can even help characters in the long run: maybe the picky eater is the one person to avoid food poisoning!

Unlike minor flaws, major character flaws impede a protagonist’s progress toward a goal. They keep the main character from getting what they want. Examples of characters with a major flaw are Elizabeth Bennet and Mr. Darcy, whose flaws are stated directly in the title of Jane Austen’s classic book: Pride and Prejudice.

Try out these major character flaws when you need to move the plot along:

Characters in comedies, romances, and dramas often have a major character flaw to get past. Once they do, they typically achieve their happy ending. However, in a tragedy, the main character’s inability to develop past their flaws typically leads to a tragic ending.

Protagonists with fatal or tragic flaws (known as hamartia) often make decisions that lead to death and heartbreak. These characters either can’t overcome their flaws or are unable to escape their consequences. Think of Oedipus’ hubris leading to the death of Laius and Jocasta, as well as his own blinding, in Oedipus Rex.

When All Else Fails, Characterization as Plot Device

Creating rich, full characters makes your story more engaging. It moves the plot forward, connects your reader with your characters, and can deepen your story’s theme. For more ideas on creating rounded characters, check out these examples of character traits.