How to Write an Effective Epilogue

Not every writer knows how to write an epilogue. However, by following a few simple steps, you can make sure your epilogue is one to remember. 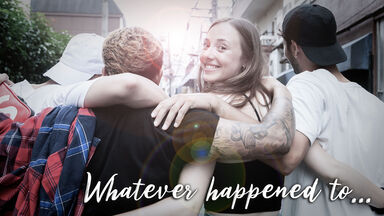 First things first, just what is an epilogue? By definition, it is a separate section to a story that provides further details about what happened to the characters. For example, the epilogue in Margaret Atwood’s The Handmaid’s Tale, written as papers presented at a conference many years in the future, provides some insight into both the book's time period and the fate of the handmaids.

With a solid understanding of what an epilogue is, it’s time to start writing one.

How to Write an Epilogue in Simple Steps

Books take you to another world. And, most of the time, you invest hours, maybe days or weeks, into these characters. For longer series, with dozens of sequels, your relationship with characters may even last years. Therefore, when the story is done, readers don’t just want to see the words “The End”. Instead, they want to know what happened to their favorite characters. Here’s where your epilogue comes in.

If you want to write an epic epilogue, look at the masters. Some writers are known for writing a good epilogue. With a bit of research, there are online lists galore. Peruse some of the top epilogues to get ideas before you even start writing.

When it comes time to write your epilogue, think about what your purpose is for writing it. For example, in the epilogue of the Hunger Games series, the theme of freedom vs. oppression is hinted at through Katniss’ final words.

You might also want to use the epilogue to reiterate what the characters have learned through their journey. For example, if a character learned to love or understand the importance of friendship, you might show how this lesson is still at play.

Epilogues happen in the future. This could be years in the future like in the Harry Potter and Hunger Games series, but it could also be a short time in the future, like tomorrow. The timeframe of your epilogue is completely up to you. However, make sure that enough time has lapsed to give readers insight into the character’s future, whether it is a happy one or not.

Not all stories need an epilogue. Why? Because some stories resolve everything at the end. Prior to making an epilogue, decide if one is really needed. If it is, then start mapping out your epilogue’s structure. Since an epilogue is its own section, it doesn’t have to follow the exact format you used in the story. For example, mystery novels have included an epilogue from the point of view of the villain rather than the hero. This can give you a unique perspective into a different character's mind.

In addition to the structure, it’s important to outline the plot of the epilogue. You have your date at the ready, now it’s time to think about what happened next. For example, in the epilogue of The Mockingjay, Katniss is married to Peeta with a boy and a girl. Through the one-page read, you learn what happened to her after the games, how the world is, what her future held, etc. These are all different things you want to think about when outlining your epilogue.

If you are considering a sequel, an epilogue is the perfect place to set this up. The key is to be subtle. Leaving readers on a cliffhanger will only successfully irritate them. However, if you offer subtle hints a sequel is coming, it gets them excited. For example, you could leave a small hint about a sequel such as the heroine finding a note from the killers in a murder mystery. While the heroine might just throw the note in the garbage telling herself it couldn’t possibly be happening again, your readers know the jig is up.

Even if you haven’t planned out a sequel, you don’t want to wrap everything up with a nice neat bow. It’s important to leave a few loose ends, just in case you get inspiration for a sequel down the road.

When you’ve spent years creating your characters, it can be hard for it to end. Therefore, writing an epilogue is just as much for the authors as it is for the readers. They like to think about the future of their characters, too. Now that you know how to make an effective epilogue, dive into writing an intriguing prologue.