Spelling can be fun to practice in the classroom. These spelling games are perfect for specific spelling words or for reinforcing spelling rules in class. Keep reading to find ideas for fun spelling word games for all levels. 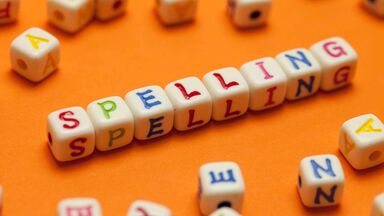 Everyone loves a nice game of baseball! Use baseball terminology and rules to reinforce important spelling words in your language arts lesson.

Play as many innings as you need for everyone to get a turn and to review all the spelling words. Students can either stand in front of the class when they’re “at bat,” or they can spell from their seats.

Students love writing on the board, running in the classroom and competing against each other – it’s a perfect fit! You can play board races with any subject, but it’s especially helpful for spelling because it’s so visual.

For an extra challenge, use alphabet magnets instead of dry-erase markers for students to arrange in the correct spelling. You can also use this game to practice dictionary skills by calling out extra hard words that they’ll need to look up.

Work on your students’ hand-eye coordination as well as their spelling. All you need is a spelling list and something soft to throw back and forth.

You can adapt the game for groups to play at the same time or even for pairs to play. Middle and high schoolers may especially enjoy the physical part of tossing the ball back and forth.

Disappearing spider is played like hangman (or hang spider) in reverse. This is an entertaining and competitive game that is perfect to play right before a spelling test.

If your class wants to be more creative, have them choose another animal to be their team mascot. One student can draw the animal on the board, and the other team can erase parts of it when they get the spelling words right.

If you need a whole-class spelling game to play with a list of spelling words, try kaboom. This game requires enough Popsicle sticks for every student to have at least two.

If you don’t have Popsicle sticks, you can use pieces of paper or other supplies. You can also assign a student judge who has all of the words available to double-check their classmates’ answers.

Sparkle is a great game to practice spelling with a little competition. You can play sparkle as a whole class or split the students into smaller groups. It’s also a great way to pass the time when students need to wait in line for a long time.

Little kids can participate in a spelling bee game without the pressure of competition. This elementary spelling game is fun for young readers and older elementary students alike.

Another thing to do to keep the other students involved is to have them do a "thumbs up" or "thumbs down" after the student spells the word. You can also have the students sit in a circle in a similar way to the game duck, duck, goose.

Step and spell uses a shower curtain that has the letters of the alphabet taped or written on it. You’ll also need a "start" and "finish" spot written onto the shower curtain.

For an extra challenge, arrange the letters on the shower curtain in keyboard (QWERTY) order. If you don’t have a shower curtain, you can write the letters on pieces of paper and spread them on the floor. If you’d like to play outside, write letters in chalk on the asphalt and have kids jump to the right ones.

This is a great activity because the students are seeing, saying and hearing the word. It’s best used when introducing spelling words to the class at the beginning of the week or a language arts unit.

After playing these games in class, students are sure to enjoy language arts a lot more. Keep the fun going with these cool grammar activities, or reinforce parts of speech with a collection of noun games.