If you are looking for some funny Southern words or sayings, then you are in the right place. The American South — the states south of the Mason-Dixon line that divides the USA into horizontal halves — has a culture, humor and slang all its own. Discover some uniquely Southern words and phrases that portray a special kind of wisdom found only in the South. 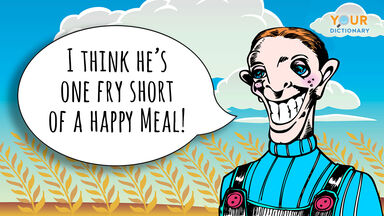 Beauty is in the eye of the beholder. What you see as a weird pronunciation, someone else just might perceive as a charming Southern drawl.

Southerners who speak with a drawl have a tendency to drop the last letter when pronouncing words that end in “g.” This leads to fixin’, goin’ and other similar pronunciations.

It’s not just what you say, it’s how you say it. These Southern slang words just don’t work ‘less spoken with a southern drawl.

Check out some quaint Southernisms that portray a special kind of wisdom only found in the South. You’re sure to hear some of these any time you venture below the Mason-Dixon line.

There are so many different ways to refer to people in the Southern vernacular that these terms deserve their own category. You’ll need these vocabulary words to understand who Southerners are talking about.

Southerners can have strong feelings about lots of subjects, so it shouldn’t come as any surprise that their slang features a number of creative ways to express the opposing emotions of anger and happiness.

Ain’t nobody can voice a put-down like a Southerner. Check out some common Southern slang slams and snide remarks.

Southern Words and Phrases for Food

The South is known for tasty vittles often referred to as soul food. If you’re looking for something that’ll stick to your ribs, you just can’t beat a locally owned roadside diner in the Heart of Dixie.

Before you visit the South, make sure you learn the proper terminology for meals and other food-related scenarios.

Southerners have some interesting phrases to use to discuss eating food, something that seems to happen an awful lot in the South. Whether someone has eaten too much or is ready to dine, Southerners definitely enjoy chatting about food.

If you’re visiting the South and you’re not familiar with Southern cuisine, it’s probably a good idea to verify exactly what is in any food dish you’re offered if you’re not certain.

Southerners certainly have a way with words. It's no coincidence that the American South has produced some of America's greatest authors, including Harper Lee of To Kill a Mockingbird fame. Even John Grisham (The Firm, The Pelican Brief) grew up steeped in the unique dialect and rhythm of the South.

While Southern terminology has spread and is often used in other regions now, many words and phrases reflect the region's unique spirit. For more colloquial terms associated with the South, check out this collection of hillbilly slang. For even more insight into how Southerners sometimes talk, explore redneck slang terminology.